RAP: PLATINUM JONES – WHAT A MAN IS

At some point in 2005 I had started to formulate the characters for a story that I have yet to actually write. The story was based in Las Vegas with the primary setting as a strip club and the secondary settings were several whore houses. One of the characters was a whore turned madam/rapper named Patricia “Platinum” Jones. This is a rap I wrote from the perspective of this character.

Ladies and gentlemen, it’s PLATINUM JONES, Queen of the Southwest

And this is one chapter in her story…

WHAT A MAN IS…

Because I’m pimpin like the 70s
With partying and much revelry
You never seen one like this clever me
See cause this’s all a man will ever be:

THIS
IS
WHAT
A
MAN
IS

I am obviously NOT a rapper as this extremely lame set of verses attests to. I forget the working title of the story or any of the other characters at the moment. Somewhere I have notes on the characters. I don’t think I will ever write the story though.

Fellas…
When you come at me you need to come correct
If not
You need to step
With pep
To the left
Like… Jeff
Because patience for fools? I ain’t got none left

So tell me, what is it that you’re REALLY looking for?
Because you SAY you want a wife but you treat me like a whore
I know you’re used to being able to hypnotize the bitches
Little did you know that over time I’ve made some switches

All I hear now when you talk is “Blah, blah, blah wooty woo Baby Baby”
You seem to not realize
That I graduated from bitch to girl, girl to woman
And I’m working on going from woman to Lady
So you can keep your sorry tired lines trying to lay me
You can no longer play me
If I really WAS going to be your whore, best believe you’d have to pay me

Because I hear the things that be coming out your mouth
How you brag about your car and you brag about your house
You even had the nerve to tell me how you bought a $30,000 car for your ex
But you won’t even ask me out to dinner before asking me for sex?
Nigga
Please
Stop
Freeze
Go back to the school of life and get you some new degrees
Because obviously you forgot
That it takes more to get at me than having good looks and some cheese.

In case you were wondering (since in the last post I said my poetry was 90% life)… Yes, Jeff was a guy I was briefly involved with. He didn’t go by his first name though and most people didn’t even know it so I  could read this in public at the time with only one or two people getting the inside joke. :-)

she likes the way it feels

I’d say no less than 90% of my poetry is based on things in my life or my friends’ lives (at the very least my opinion of the news). This poem was inspired by a friend even though the situation in the poem never actually happened.

beautiful music drunkening
like wine vineyards best first fruits
lovely dawn in mystic prose
finds mental images sparked true fires small and wondrous
levels of heat and light in soul side
traveling through veins of gold
marked by time and trusted
with only the smallest syllables in which to read
the stalking of the passionate respite or refrain
restricted movement of thistle pricks and thorns
like rose but petals soft and sensuous
strive for bitter vie till morning wakes our senses to the dull reality
so I prefer to sleep or stroll awake in the midnights of caution
but so dangerous to the soul they say
how can we see by the light of the sun or
these incandescent fluorescent brightness
quietly stabbing our retina from within our own thoughts
like insistent insanity moving the immorality of madness
beating like drum throbs in temples over hum of technology
micro sizing our mentality over time we
microwave our intentions in radioactive bursts of
heated passionate demand.

It is interesting to read all these poems nearly a decade later. I was so all over the place with my themes and styles. I still am really. I wonder how I will feel about my most recent poems 10 years from now. :-)

Thanks to the many teachers who have shaped my perspective on life and the world over the years!

BEAUTIFUL, ALSO, ARE THE SOULS OF MY BLACK SISTERS

The United Nations’ (UN) World Teachers’ Day commemorates the work of teachers and their contributions to society. It is observed on October 5 each year.

The United Nations’ (UN) World Teachers’ Day celebrates the role teachers play in providing quality education at all levels. This enables children and adults of all ages to learn to take part in and contribute to their local community and global society. 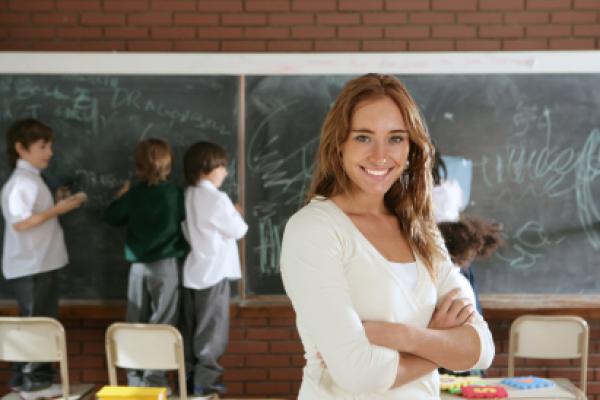 Teachers are recognized for their contributions to society on World Teachers’ Day.

What do people do?

Various events are arranged in many countries…

Feeding this intermittent hunger for this salavitic desire for temptation realized
I am only a breath away from slipping into perceived sin of flesh
reeling in this mind of slow insanity moved by music chosen for thrill of tone
and slow falsettos and high tenor trembles
moving my mental into near orgasmic spasms of twittering twinges and
why must every thing male be so delicious today
sweet puerto rican divinity passes and
aztecan untouchable smiles sweetly yet unreachable
in my air of this sickening drift older men feed no flame of fantasy
and why is it a wrongness to have the desire for the fullness of experience
I just want the whole thing the full monty the complete package of
wealth health handsome fine sexy talented creative motivating masculinity
move me higher than I am without judging me for being here now
I am so much more than my wallet just like you are but who am I talking to really
to all of them all the men who roll in the shiny cars or the dusty trucks
and lay labels at the feet of a woman who chooses not to label them
in the neat little boxes of computer nerd or entertainer or athlete
but all so beautiful and available in one way or another but
where will I find the deepest place to drink my fill of his essence
the one who can draw paint poem sing dance joke pray his way into my heart
regardless of anything else in the universe
do I deserve the joy I seek?  I don’t care
I just want what I want and have chosen to settle for nothing less and
I am now all I need to be to have what God will give me or whom God will give me to
I am a wife in my core of my very being and who ever finds me will find a good thing of
sweetness and kindness and joy and love and poetry and song and painting and
sketching and dancing and laughing and sharing and sexing and care and patience and
manicure and pedicure and neck rub and back rub and care when sick and
special meals just because and basically all the things I want to have given to me
I just am this super powerful song and poem expressed in a dance of
living breathing success today and every day from now
until God makes the earth back into Eden

In 2005 I seemed to waiver between boy crazy and pious. This was obviously a man crazy kind of poem but it does have a bit of the pious thrown in at the end.

Check this out! If you are a writer and want/need professional editing here’s a discount for you!

Throes of Creation by Leonid Pasternak

Do you have a draft lying around that you’ve looked at a hundred-million-quadrillion times that you know needs some structural work but then you don’t know because you’ve been looking at it so long that perspective has decided to take a long vacation to Mexico to lounge on the beach and drink cervezas with the locals?

Or maybe you have a draft that is ready to go except for a quick copy edit.

Or maybe you have a manuscript of poetry that you want some feedback on before sending it in to that publisher you’ve been eyeballing for the past year.

Or maybe you have a short story that has been gone over by your writing group, your aunt in Des Moines who had that one book published twenty-eight years ago, and your lover, but you want to get a fresh, unbiased opinion on…