It’s the last day of March and the call of NaPoWriMo’s 30/30 challenge is ringing in my soul like it has every year since 2009 (2008 was discovery, all the years since have been anticipation).This soul level calling is reminding me as I watch videos of Daphne Gottlieb and Anne Sexton and search for other female poets to watch, it is reminding me how much LOVE is in my heart for this particular art form. I have been making up song lyrics since I was two years old and have been able to read since then so my mind has always had this word based leaning. So April 2014, I welcome you with open arms!

This blog is mostly for poetry (even though I have been sadly slacking). April is a time when like National Novel Writing Month (NaNoWriMo) in November, many challenge themselves to write EVERY DAY in April. National Poetry Writing Month (NaPoWriMo) since 2008 has meant for me a 30/30 challenge: 30 poems in 30 days!

This year I will write at the VERY LEAST a couplet or haiku EVERY day in April. My real goal is to write all you wonderful blog followers an acrostic poem of your screen name as a thank you for your interest in my work and for your feedback.

If you would like to join the 30/30 poetry challenge and need some inspiration I strongly suggest going to Rachel McKibbens’ blog and checking out the prompts she has posted there over the years. SO GOOD. I have written some of my favorite poems from her prompts.

This petition’s just about Ohio. But Ohio is one of 31 STATES THAT ALLOW RAPISTS TO SUE SURVIVORS FOR VISITATION RIGHTS. I feel sick. (Well, actually I already did but this would have made me do so anyway.)

My peer group is so awesome here in Phoenix that it makes up for the crap that the elected officials do… if not I would not be able to live here. O_o

BEAUTIFUL, ALSO, ARE THE SOULS OF MY BLACK SISTERS

Arizona State Rep. John Kavanagh, a Republican from the Scottsdale area, had conservatives chortling with one joke after another about racial profiling, “rounding up Hispanics” and much more. For good measure, he mocked the controversy around SB 1062, the so-called religious freedom bill, taking a shot at Muslims in the process. And he mocked the federal monitor appointed to oversee Sheriff Arpaio’s operations after a judge determined that his department engaged in racial profiling and illegal detentions of Latinos.

It’s not uncommon for roasters to push boundaries. People joke about things that might…

For Women’s History Month, I will be posting female Black Firsts on my AfrocentriquAZ blog. Check it out…

Since there are so many facets of the history that people of African descent have made in this country, I’ve decided to continue my “Black History 365″ series from my poetry blog here on my AfrocentriqueAZ blog. I’ll be posting a new “First Black” every day this month and every Wednesday for the months after that.  In honor of WOMEN’S HISTORY MONTH all March the articles will all be about first Black WOMEN… This week is Bessie Coleman 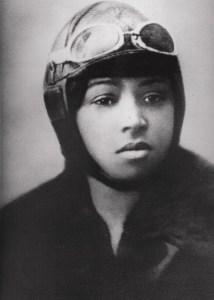 Coleman was born on January 26, 1892 in Atlanta, Texas, the tenth of thirteen children to sharecroppers George, who was part